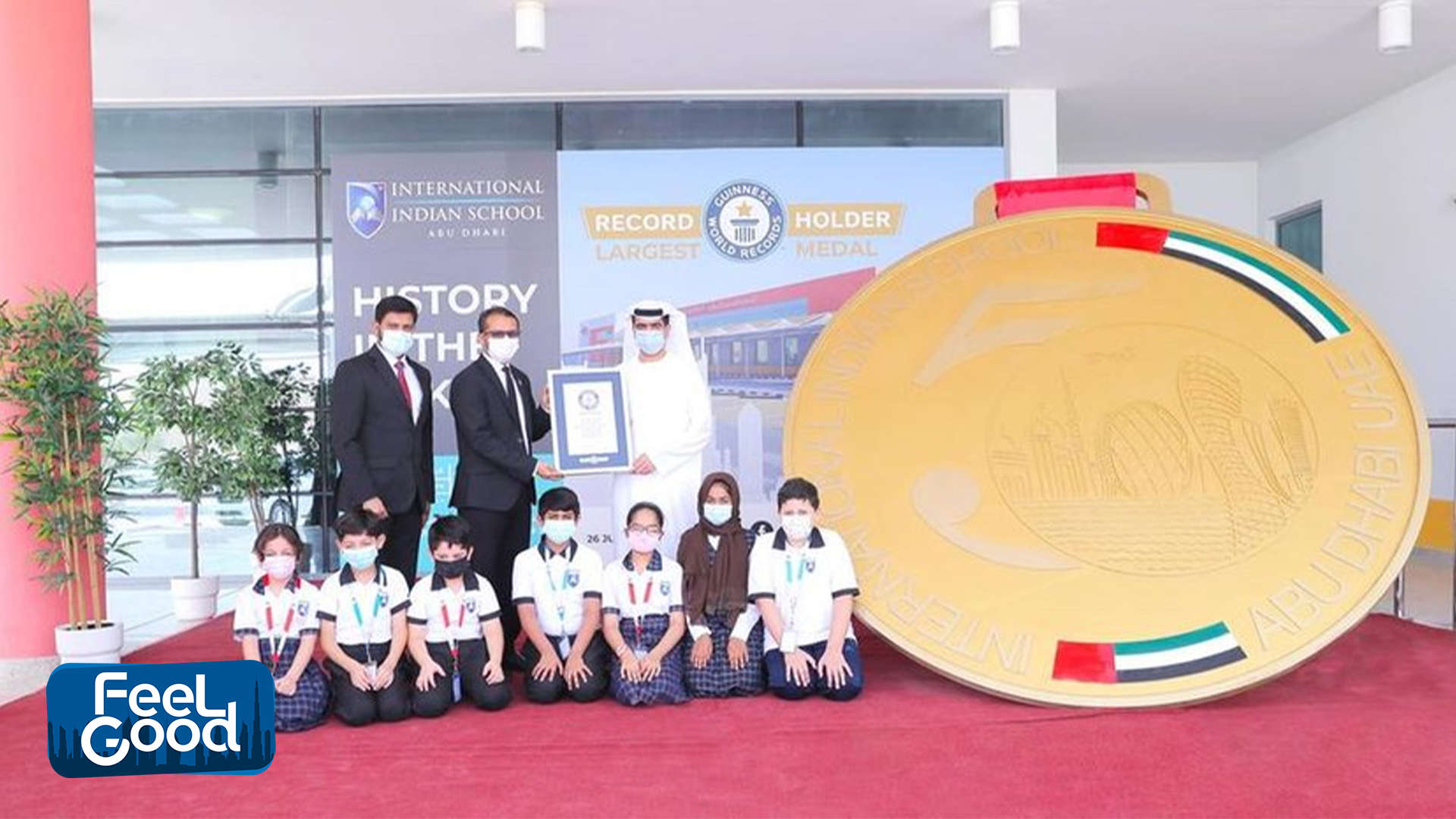 By now, the UAE is no stranger to Guinness World Records – the world’s tallest building, the world's highest infinity pool, the world's largest hand-woven carpet, the world's longest zipline. And that's just scratching the surface.

Now, Abu Dhabi has added one more record to its collection, courtesy of International Indian School. A group of over 450 students have collectively created the world’s largest medal, which is made of steel and weighs nearly 450kg. It also measures a whopping 5.93 square metres in size, breaking the previous record of 2.56 square metres. Most endearing is the reason behind the students’ efforts: the medal was designed to celebrate both the school’s fifth anniversary and as a tribute to the UAE’s Year of the 50th.