DEWA’s first half revenue increase of 15 per cent was mainly driven by an increase in demand.

Energy demand in Dubai during the first half of 2022 increased by 6.3 per cent compared to the same period in 2021.

DEWA’s peak demand in the first half of 2022 was 9.4 GW, which represents a 7 per cent increase over the same period of last year. 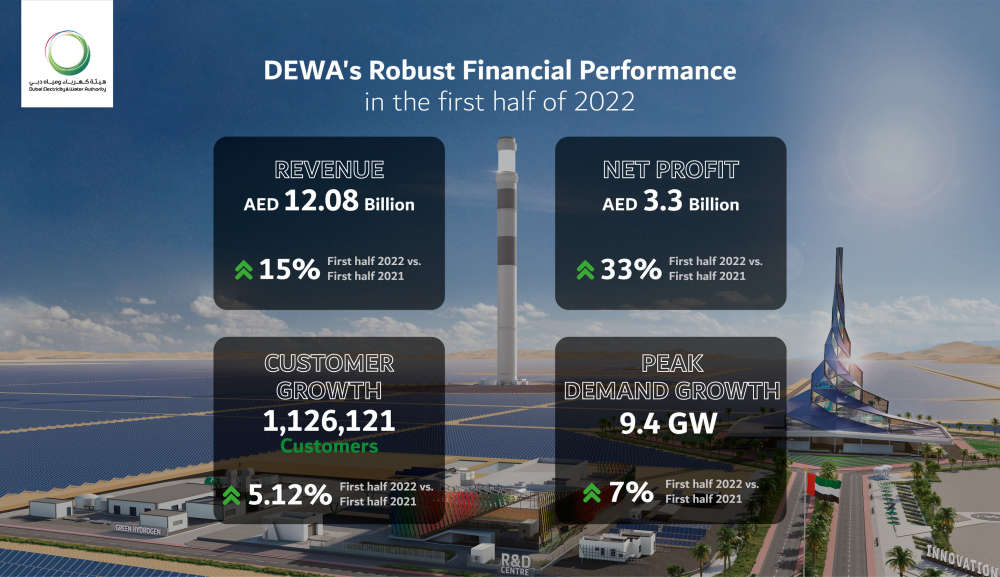 DEWA’s majority owned subsidiary, EMPOWER, also demonstrated record growth in segmented revenue and profit. In the first 6 months of the year EMPOWER’s revenue was 1,154 million AED and net profit was 432 million AED, representing a 16% and 11% increase respectively versus the same period in 2021.