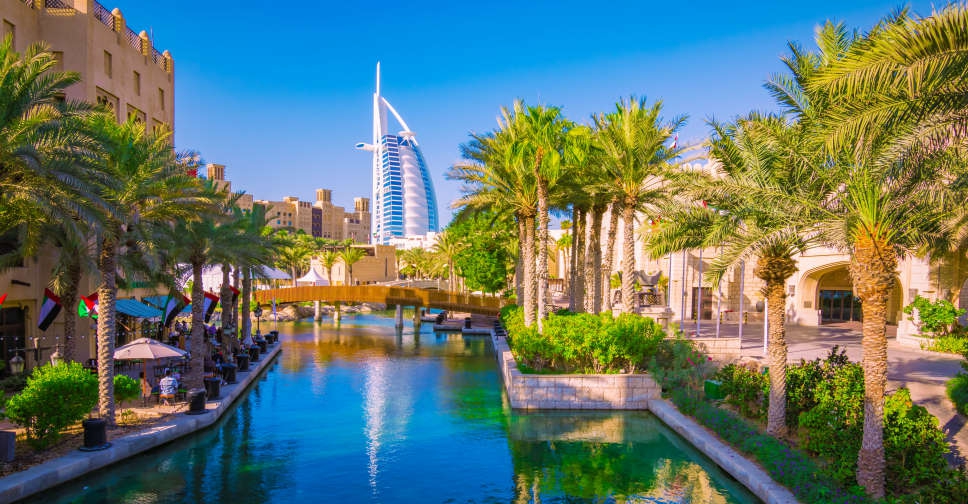 The UAE is continuing to maintain its status as a major travel destination and a preferred country for living and working.

The country has strengthened its position on the world tourism map and in several international competitiveness indexes related to the travel and hospitality sector in 2021, indicating its firm recovery from the COVID-19 pandemic.

The UAE's hotels attracted nearly six million visitors who spent a combined 25 million hotel nights in the first quarter of 2022, which is an increase of 10 per cent compared with the same period of 2019.

Their period of stay grew by 25 per cent over the same period, while the hotel occupancy rate was 80 per cent, one of the highest internationally.

Hotels achieved earnings totalling AED 11 billion in the first quarter of 2022, an increase of 20 per cent compared to the same period in 2019.

Meanwhile, the number of passengers who arrived at the country's airports exceeded 20 million in the first quarter of 2022, compared to 8.6 million in the same period of 2021, an increase of 135 per cent.

These indicators underscore the growing confidence in the UAE’s tourism sector and its growing reputation, as well as the efficiency of its sustainable tourism policies and the success of its initiatives, campaigns and exhibitions aimed at supporting the sector.

The Ministry of Economy and its partners from federal and local authorities, in collaboration with the private sector and tourism organisations, drafted a comprehensive national strategy to attract tourists and enhance the country's stature as a sustainable tourism destination, with a focus on foreseeing the future, innovation and technology.

The internal tourism strategy complements the UAE’s national tourism development strategy, given its key role in attracting tourism-related investment and income and bolstering the sector’s growth.

The sector witnessed an increase in spending by local tourists in 2020 which stood at 33 per cent, compared to 67 per cent by international tourists.

In 2019, spending by local tourists was at 22 percent, compared with 78 percent by international tourists.

One of the key features of the internal tourism strategy launched in 2020 is the marketing of major natural, cultural, heritage and historical attractions in the country, as well as developing the country’s tourism services, highlighting the beauty of the experience offered by each emirate, and promoting recreational, cultural and community activities to improve the attractiveness of each emirate.

The second edition of the campaign, which kicked off in mid-December 2021 and lasted till the end of January 2021, recorded proceeds totalling AED1.5 billion and attracted over 1.3 million visitors over 45 days.

The campaign highlighted the country’s environmental and sustainable tourism offerings.

As part of its efforts to diversify its sources of income and its strategic development plan, as well as to develop the tourism sector, the UAE launched a unified tourism identity that complements its visual media identity, to consolidate its global image and stature and unity efforts and energies to celebrate its success.

The mega event attracted record numbers of tourists and tourism proceeds and highlighted the leadership of the travel, tourism, hospitality and entertainment sectors.

It attracted over 24 million visitors over six months.

After Expo 2020 Dubai, Expo City Dubai will open in October 2022, paving the way for a new world-class destination and improve the national tourism environment, most notably in terms of business tourism.

The Museum of the Future

In February 2022, the UAE witnessed the launch of a unique tourism milestone, the Museum of the Future, which is a landmark icon that features various theatres and high-tech labs.

It was launched under a theme that focuses on climate and education to symbolise the establishment of a progressive future based on development and prosperity.