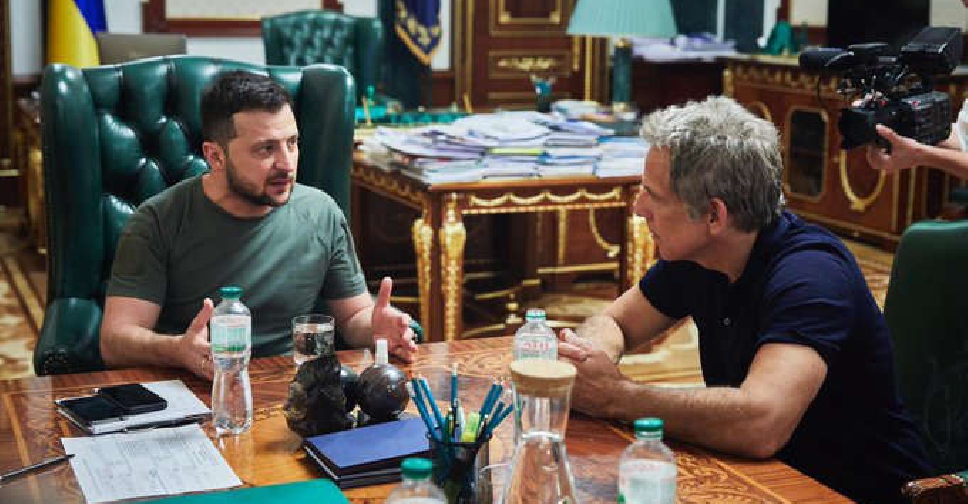 Actor Ben Stiller, a goodwill ambassador for the U.N. refugee agency, has said it was "distressing" to hear the experiences of people displaced by the Ukraine conflict, adding he hoped to shine a light on their plight with his visit to the country.

He added that it was crucial for people not to turn away from and lose interest in the war, now that it had been going on for several months.

Stiller, a UNHCR goodwill ambassador, travelled to Poland and Ukraine over the last few days to meet those who had fled their homes since Russia's invasion began.

"It was definitely a different experience to be here in person and see the effects of the war and see how people are having to cope. It's distressing to see and hear the experiences that these people have gone through," Stiller told Reuters in a telephone interview.

"It's really tough to see and I'm very glad I came to get a different sense that you don't get from just watching television."

The Russian invasion of Ukraine, which began in February, has claimed thousands of civilian lives, displaced millions of Ukrainians and reduced cities to rubble. Moscow says it is involved in a "special military operation" in Ukraine.

During his trip which began in Poland, Stiller visited a UNHCR warehouse in Rzeszow as well as the Medyka border crossing. In Ukraine, he travelled to Lviv, Irpin, which was heavily damaged at the start of the conflict, and Kyiv, where he met President Volodymyr Zelenskiy, telling him "You're my hero".

He has shared pictures of his trip and on Monday put out a message calling for compassion on World Refugee Day. More than 12 million people have fled their homes since the start of the war, according to UNHCR.

"It's natural for people to want to turn away, especially in a situation like this with a war that has been going on for a while now... while dealing with our own personal issues," Stiller told Reuters. "But I think it's also important to be aware of what's going on in different parts of the world."

Stiller was appointed a goodwill ambassador in 2018 and has previously met refugees in Germany, Jordan, Guatemala and Lebanon.