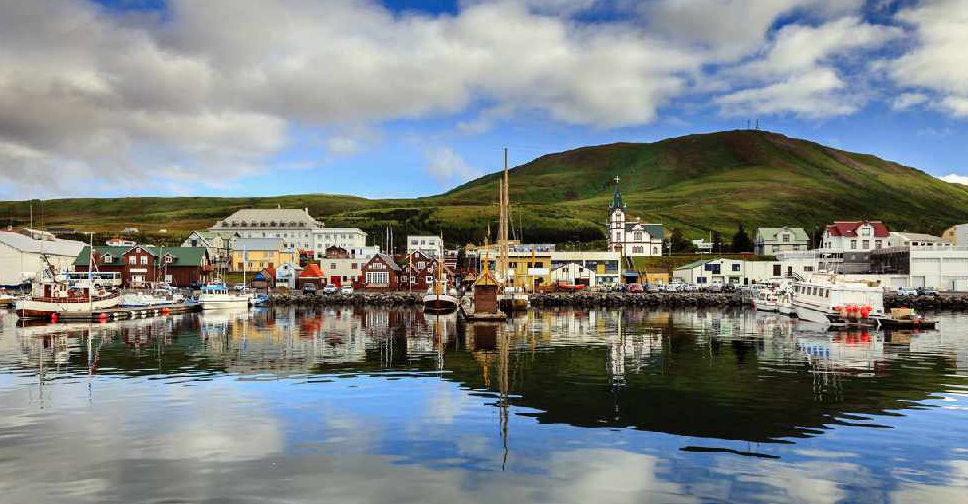 The tiny Icelandic town of Husavik, which was propelled to global fame by a hit Netflix comedy, has rolled out a red carpet on its main street in anticipation of even greater glory on Oscars night.

The power ballad "Husavik (My Hometown)", which featured as the climactic moment in the movie about a couple bumbling their way through the Eurovision Song Contest, is nominated for Best Original Song, and residents are fired up.

Local schools and shops will remain closed on Monday, the morning after the Oscars, to give residents a chance to watch the awards show live.

The ceremony will be broadcast from Hollywood on Sunday, which will be late at night in Iceland.

Husavik Mayor Kristjan Thor Magnusson said local schoolchildren were very proud and excited, and could be heard singing the song daily in the town.

"The grassroots campaign for an Oscar for Husavik has really blown up," he told Reuters. "We are certainly hoping that this attention will strengthen our tourism here."

Husavik, which counts only 2,300 residents, usually relies on tourists attracted to its geothermal spas and whale-watching spots, but with international travel hammered by the COVID-19 pandemic it has seen few foreign visitors these past 12 months.

The town is preparing to open a Eurovision-themed museum in late May showcasing costumes, movie props and other memorabilia, which it hopes will attract fans of the contest.

In the 2020 movie "Eurovision Song Contest: The Story of Fire Saga", Will Ferrell and Rachel McAdams play a fictional pair of Husavik residents intent on competing in the glitzy singing competition.

Swedish pop singer Molly Sanden, who performed the song in the movie, visited Husavik over the weekend and is set to appear on the official Oscars pre-show broadcast from Iceland.

During her visit to the town, Sanden danced with local choir girls and performed the song in the town's wooden church, accompanied by an organ.

"Locals are very proud of their community and in the long history of Husavik we have never had global attention like we are experiencing right now," said Hinrik Wohler of the Husavik Chamber of Commerce and Tourism.