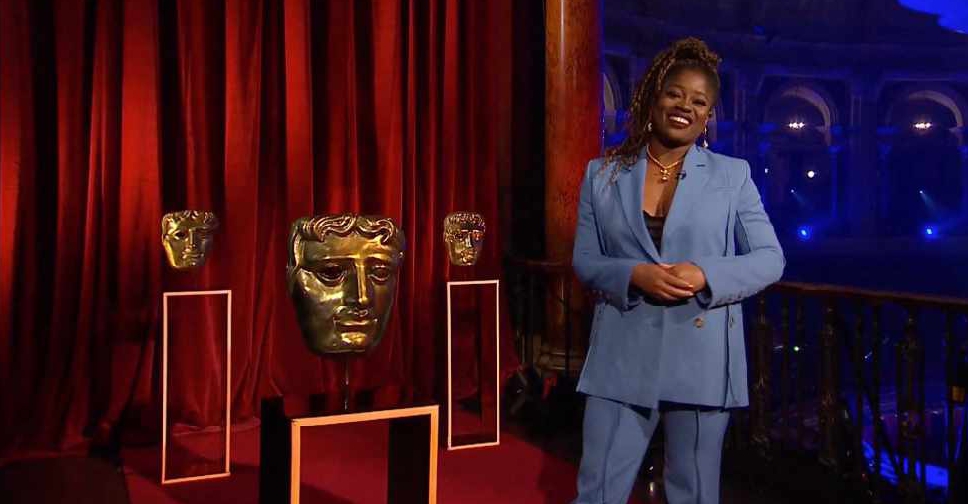 "Ma Rainey's Black Bottom", a jazz drama set in 1920s Chicago, won two awards at the opening of the BAFTAs, but the race for the main prizes remains open.

The British Academy of Film and Television Arts ceremony is being held virtually over two nights as the COVID-19 pandemic prevents the usual celebrity-packed show with a live audience.

Saturday's opening mainly focused on the crafts side of filmmaking and handed out nine awards. Ma Rainey, starring Viola Davis and the late Chadwick Boseman, won for costume design and makeup and hair. Hollywood throwback Mank won for production design.

The main prizes will be announced on Sunday, when director Ang Lee will receive the BAFTA Fellowship. American recession drama Nomadland and Rocks had led the nominations with seven nods each.

After an outcry last year when BAFTA presented an all-white acting contenders list, more than half of this year's 24 nominees are actors of colour.

Nomadland, about a community of van-dwellers, is in the running for best film, leading actress for its star Frances McDormand and best director for Chinese-born Chloe Zhao, one of the four women out of six nominees in that category.

So far Nomadland and The Trial of the Chicago 7 have won top prizes at the Golden Globes and Screen Actors Guild Awards respectively.

"Most years you have an idea and you're not normally that far wrong because you've been watching momentum of certain films gather speed," Alex Ritman, UK correspondent for The Hollywood Reporter, told Reuters.

"This year has been very peculiar and... I think we could get some surprises on the night."

McDormand and Vanessa Kirby, who plays a grieving mother in Pieces of a Woman, are the only two leading actress contenders also nominated for an Oscar for those same roles.

BAFTA surprised many when it named Bukky Bakray for Rocks, Radha Blank for The Forty-Year-Old Version, Wunmi Mosaku for His House and Alfre Woodard for Clemency as their competition.

Leading actor nominees include Riz Ahmed for Sound of Metal, and Boseman, who has won numerous prizes for portraying an ambitious trumpet player in Ma Rainey.

The others are Adarsh Gourav for The White Tiger, Anthony Hopkins for The Father, Mads Mikkelsen for Another Round and Tahar Rahim for The Mauritanian, one of several films BAFTA has recognised but which has been overlooked by other awards events.