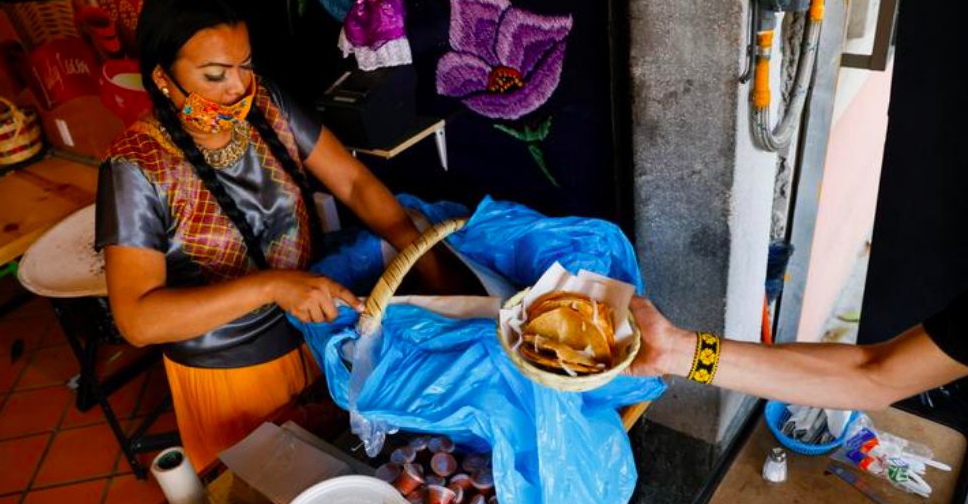 After Mexico City's 'Lady Tacos de Canasta,' a street vendor featured in a Netflix series, stood up to police who she said harassed her on the street, she decided to take her fight for worker rights to a bigger stage.

The 36-year-old, who goes by the name of Marven, is now running for Mexico City's congress, one of a bevy of newcomer candidates in midterm elections in June that will be one of the biggest in Mexico's history.

"All my life...I've been persecuted for selling on public streets," said Marven, wearing a brightly-colored traditional dress and snapping photos with diners at her small eatery in the capital. "Why not fight, why not raise your voice?"

Born in the southern state of Oaxaca, Marven is of Mixtec origin.

She earned her 'Lady Tacos de Canasta' nickname after appearing in a video hawking soft, steamed tacos from a basket, or canasta, perched on her bicycle, turning heads with both her loud chant of "tacos de canasta, tacos!" and her colourful skirt.

Her fame took off when she starred in a segment of Netflix's hit Taco Chronicles documentary in 2019.

She responded that she was just trying to earn a living. In the argument, which she and passersby chronicled on social media, dozens of her tacos went flying and scattered across the ground.

"I do not want anyone else to be humiliated for working honestly," Marven said, recalling the incident that prompted her to open a small eatery serving Oaxacan food.

She also began crafting her candidacy to become a local lawmaker, vowing to protect the merchants of Mexico's vast informal economy.

"We Mexicans are fed up, we need a real change," she said.