Oscar-nominated 'Do Not Split' reflects 'dwindling freedoms in Hong Kong' 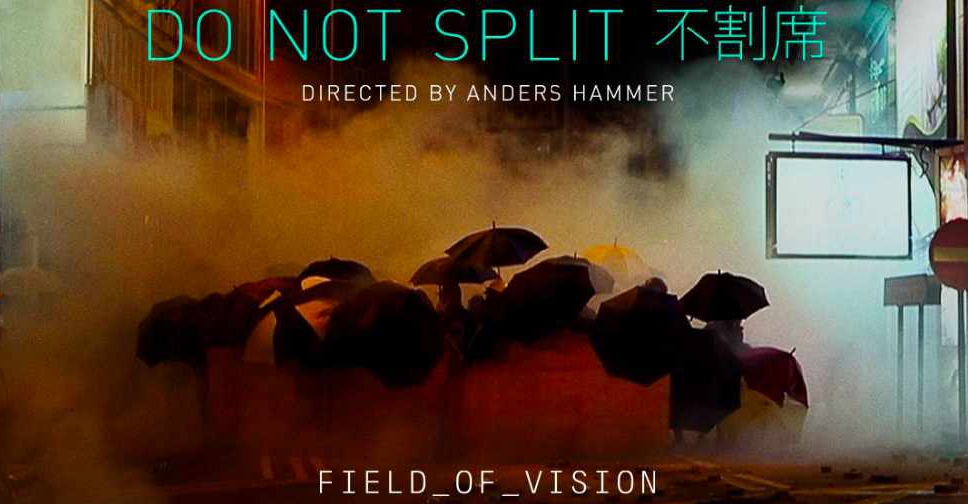 The decision in Hong Kong not to air this year's Oscars has only brought more global attention to its struggle for democracy, said the director of the "Do Not Split" documentary about the city's 2019 protests.

Free-to-air broadcaster TVB, which has broadcast the Oscars every year since 1969, said it would not carry the ceremony this year for commercial reasons.

TVB's decision has fuelled concerns about dwindling freedoms in Hong Kong, which has taken an authoritarian path since China imposed a sweeping national security law last year in response to the often violent protests of 2019.

Norwegian filmmaker Anders Hammer told Reuters in an interview he believed the decision was politically motivated, but helps bring even more global attention to Hong Kong, the primary aim of his documentary in the first place.

"It's sad that the Oscars are being censored in Hong Kong in the way that people can't see it as they have done for 52 years on normal TV," Hammer said in a video call from Oslo, where he will be during the awards ceremony due to the pandemic.

"In a way, our documentary has become part of the story told in our movie, which is how the room for expression and the freedom of the press and other basic democratic rights are disappearing in Hong Kong."

In an emailed response to questions, TVB said "it was purely a commercial decision that we decided not to pursue the Oscars this year," and declined further comment.

The Hong Kong government did not respond to a request for comment.

The Oscars can still be viewed online in Hong Kong.

For the first time at the Oscars, a Hong Kong-born director, Derek Tsang, has earned a nomination. His romantic crime movie Better Days is short-listed in the best international feature film category.

Scrutiny over arts, media and culture has intensified in recent months in Hong Kong, where cinemas pulled a local protest documentary, a university cancelled a press photography exhibition, and a soon-to-open contemporary art museum said it will allow the police's new national security unit to vet its collections.

Authorities have said rights and freedoms in Hong Kong remain intact, and the former British colony retains a high degree of autonomy from Beijing, but national security was a red line not to be crossed.

Many of the city's officials criticised coverage of the protests that gave vast air-time to the demonstrators as attempts to "glorify violence".

Do Not Split, short-listed in the short subject documentary category, follows different groups of protesters from the summer of 2019 until the coronavirus and the national security law put an end to demonstrations a year later.

Its opening scene shows a group of black-clad demonstrators asking for directions to a Bank of China branch, which they later set on fire in a show of anger over Beijing's increasingly tighter grip on Hong Kong.

The security law drew criticism from Western governments and international rights groups who say it has put the global financial hub on an authoritarian path. Its supporters say the law has restored order.

Since it was introduced, dozens of activists and opposition politicians have been jailed. More than 10,000 people were arrested in relation to the protests. Many activists, including US-based Joey Siu, who appears in the documentary, have fled the city to continue their advocacy.

"The saddest part of working on this documentary was to see how the whole situation affected the people I was following," Hammer said.

"I felt I became close to them, I was filming them in a very intimate way and I was following them in many, many situations."