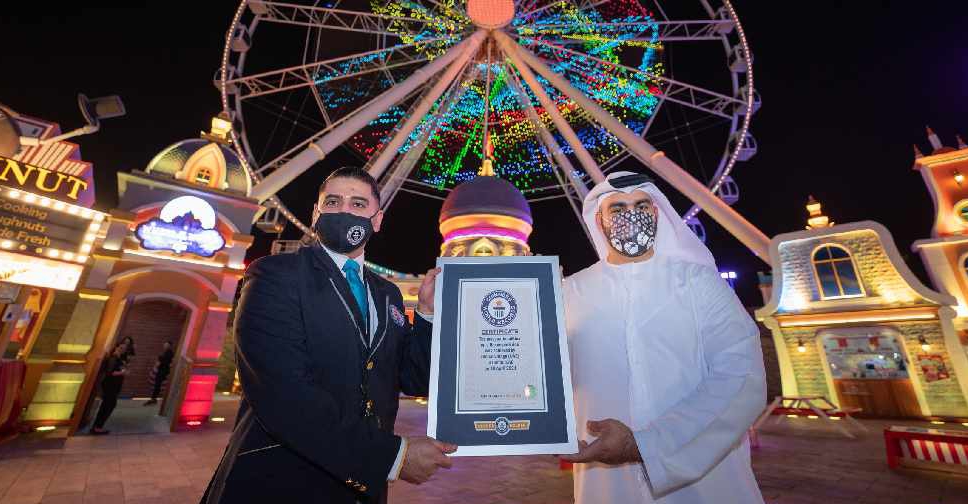 Global Village has moved closer to its target of 25 Guinness World Records in honour of the Silver Jubilee anniversary.

On Saturday, April 10, the multicultural family destination broke its 22nd record with "Most nationalities on a theme park ride".

The iconic Wheel of the World completed one full round with 73 guests from 73 countries, where participants enjoyed the panoramic view of Global Village.

The record is a testament to the UAE's status as an international beacon for diversity and cultural inclusion.

We just broke record #22 with the "Most nationalities on a theme park ride" with the help of 73 of our guests at #GlobalVillage! Only 3 more records to go! #GVWOW pic.twitter.com/Cv7hUNCLOw

In the build-up to Saturday's record-breaking attempt, Global Village launched a campaign in partnership with Arabian Radio Network (ARN) where RJs from all nine radio stations called for multi-national families of Dubai to join in the record breaking fun.

To ensure continued compliance with the highest standards of safety, the invitation was extended to members of the same household with multiple nationalities.

Thanks to the overwhelming response from ARN listeners, Global Village succeeded in bringing this record to Dubai from Sweden where it had stood since July 2012.

Each participant was gifted a Silver Ticket as a souvenir of the special day and will also receive an official participation certificate from Guinness World Records™ to show the world that they too are “officially amazing”.