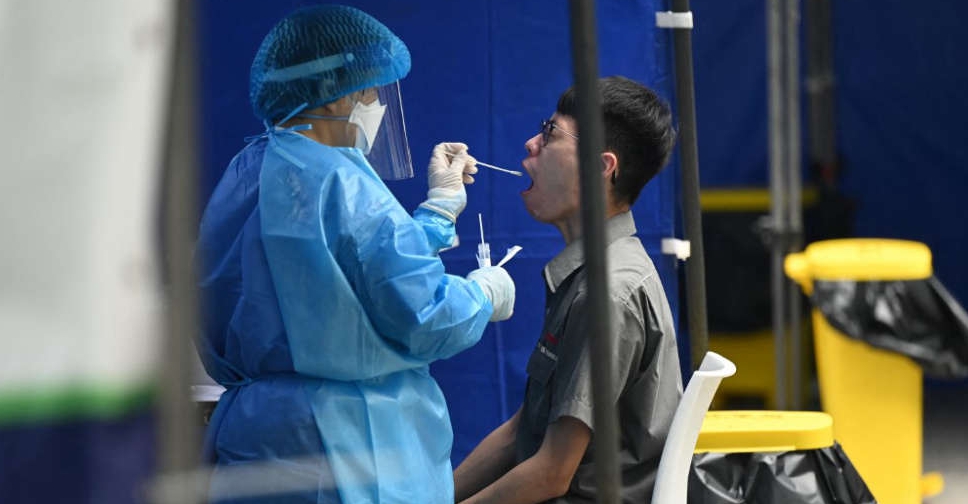 Hong Kong's government is facing growing pressure from business lobby groups to open borders or risk losing executives and investment as it shows no sign of easing one of the world's strictest quarantine programmes.

Working on billion-dollar deals locked in hotel rooms for three weeks is becoming common for bankers in Asia’s financial hub even as counterparts in places like London and New York go straight back to their offices after travel.

Hong Kong's decision in August to increase mandatory hotel quarantine to three weeks for arrivals from most countries has prompted a backlash from banks, hedge funds and traders who say it is hampering new investment into the asset management market and risks setting off a brain drain.

City leader Carrie Lam said on Tuesday many people had complained that quarantine policies were "excessively strict" but maintained that restrictions were needed to open up to the Chinese mainland.

"The more you relax on overseas arrivals, the lesser you will have a chance to go into the mainland ... we will try to make our measures more humanistic whenever possible, but to relax altogether the restrictions on arrivals is not a wise move," she told a weekly press briefing.

Groups including the Asia Securities Industry and Financial Markets Association (ASIFMA) have held discussions with the government to ease the quarantine measures, according to a source with direct knowledge of the matter.

"People are thinking, do I want to be in Hong Kong for the next 3-5 years, as they see the world opening up," said Kher Sheng Lee, co-head of the Asia Pacific Alternative Investment Management Association. Singapore, a rival financial hub, is set to further reopen.

Lee said the group had met with the government to discuss the quarantine rules as they were hindering new investors. A senior banker at a top US bank said if there was no change in rules by the second quarter next year, he would move even without a job.

"For a lot of people this is starting to go on 2 years missing grandparents, births, deaths, birthdays, anniversaries etc. Grandparents don’t have forever to live."

Restrictions were prompting expatriate and Chinese staff to return home, said a fund manager who could not be named due to company policy.

"Right now ... it's just one-way traffic as it's impossible for anyone to come here."

No official data was available on the net outflow of expatriates.

Hong Kong's government tried to placate the financial sector in May by announcing a scheme to allow listed company executives to be exempt from full quarantine.

However, the programme requires a detailed itinerary submitted in advance to regulators, and the government rejected or withdrew 232 out of 303 applications received up to August 23, according to official figures sent to Reuters. They did not provide further details.

Hong Kong's foreign residents account for nearly 10 per cent of the city's total population of 7.5 million.

While many weathered the often-violent 2019 protests and the imposition of the national security law in 2020, stringent COVID regulations have drawn a red line. “For many people it is the last straw… people are starting to calculate how they can work from abroad and manage things,” Tara Joseph, president of the city's American Chamber of Commerce told Reuters.

Joseph said the chamber had pleaded with the government to indicate how decisions were being made but had not been successful.

Officials say Hong Kong’s vaccination rate needs to be much higher to relax in a safe manner. Around 60 per cent of the population have received one dose but rates for the elderly are among the lowest in the world due to worries about vaccine safety.

The city has recorded around 12,000 coronavirus cases in total and 212 deaths, far lower than other developed cities. The city's General Chamber of Commerce told Reuters that the government should re-examine its approach.

"We must also bear in mind the changes in anti-pandemic strategies in other overseas destinations, like Singapore, which pose a dilemma for Hong Kong as an international business hub."