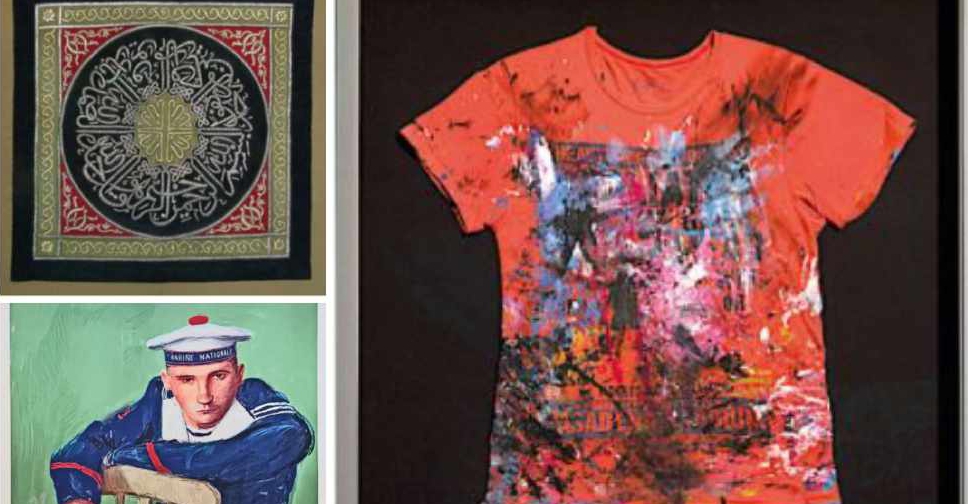 Charity art auctions are being held this month to raise funds for the UAE's '100 Million Meals' campaign.

The live as well as silent auctions of rare artworks and memorabilia are being organised by the Mohammed bin Rashid Al Maktoum Global Initiatives (MBRGI).

Proceeds will go to the largest food donation drive in the region, which aims to reach out to needy individuals and families across 30 countries.

A piece of Kaaba cover (Kiswa), embroidered in gold and silver, donated by His Highness Sheikh Mohammed bin Rashid Al Maktoum, Vice President and Prime Minister of the UAE and Ruler of Dubai, will be on display at the live, in-person auction to be held on Saturday, April 24 at Mandarin Oriental Jumeirah in Dubai.

The online auction will enable the public to bid on winning exclusive experiences such as attending the Formula 1 race in Monaco or Abu Dhabi, watching the Northern Lights in Lapland, spending a vacation in the Italian countryside of Tuscany, and experiencing zero gravity and floating in the void as astronauts do.

Organised in collaboration with Maupy Auction, the MBRGI’s auctions aim to bring together art collectors and enthusiasts and present a once-in-a-lifetime opportunity for the public to own rare and valuable items, while donating for a good cause.

.@MBRInitiatives will organize charity art auctions to raise funds for the #100MillionMeals campaign, launched by @HHShkMohd to provide food parcels for disadvantaged individuals & families across 30 countries during Ramadan.https://t.co/Eo6cndS7xf pic.twitter.com/WUHu7noKQm