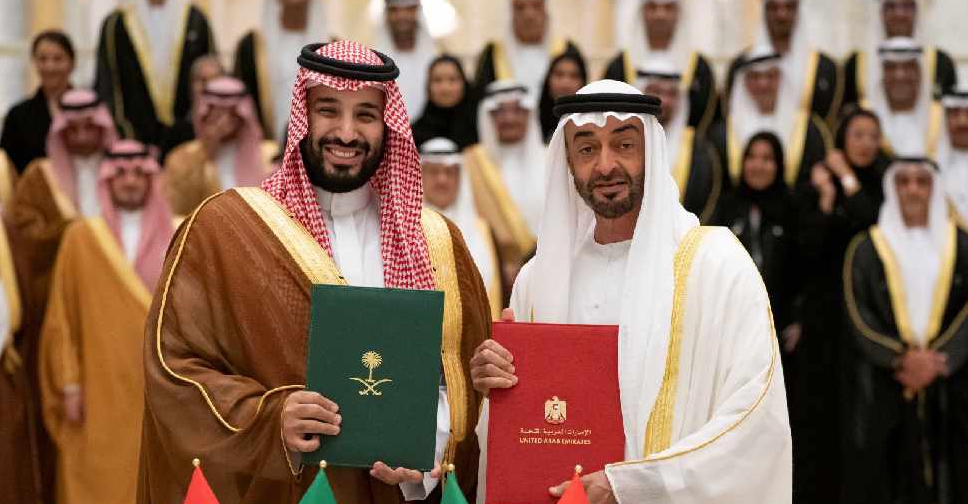 The UAE and Saudi Arabia are taking their bilateral relations to the next level.

Several MoUs and strategic initiatives have been signed on the sidelines of Saudi Crown Prince Mohammed bin Salman bin Abdul Aziz’s official visit to the Emirates.

The partnerships include an agreement to develop a new mega crude refinery with a capacity of 1.2 million barrels per day, as well as the introduction of a joint tourist visa system for the residents of the UAE and Saudi Arabia.

A cross-border digital currency for banks is on the agenda, while the two sides have also agreed to enhance cyber-security and speed up the flow of traffic at their customs ports.

The MoUs signed between the countries cover vital sectors like health, culture, space and food security.

The details were revealed during a meeting of the Saudi-Emirati Coordination Council in Abu Dhabi, which was jointly chaired by Prince Mohammed bin Salman and His Highness Sheikh Mohamed bin Zayed Al Nahyan, Crown Prince of Abu Dhabi and Deputy Supreme Commander of the UAE Armed Forces. 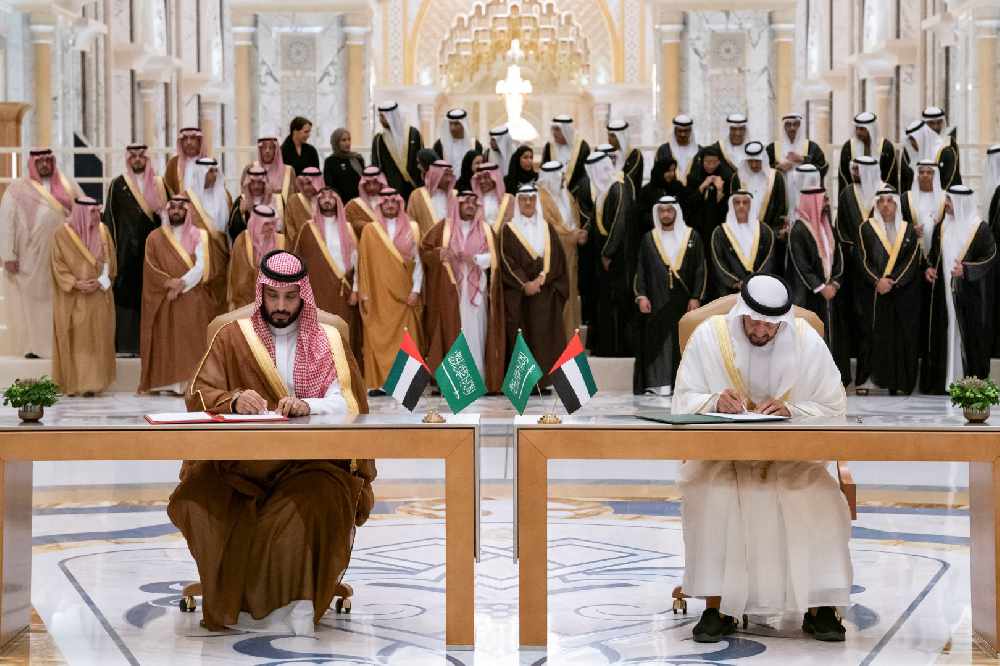 Mohammed bin Salman and I witnessed the exchange of 4 MoUs and reviewed 7 strategic initiatives during a Saudi-Emirati Coordination Council meeting. pic.twitter.com/xGqrAudQaS

Prince Mohammed bin Salman arrived at the Presidential Terminal of Abu Dhabi International Airport on Wednesday evening, where he was received by Sheikh Mohamed.

He was later accorded an official reception at Al Watan Palace.

Just before the arrival of Prince Mohammed's delegation, the UAE Air Force aerobatic display team, Al Fursan, (The Knights), flew over the palace, forming the flag of Saudi Arabia. 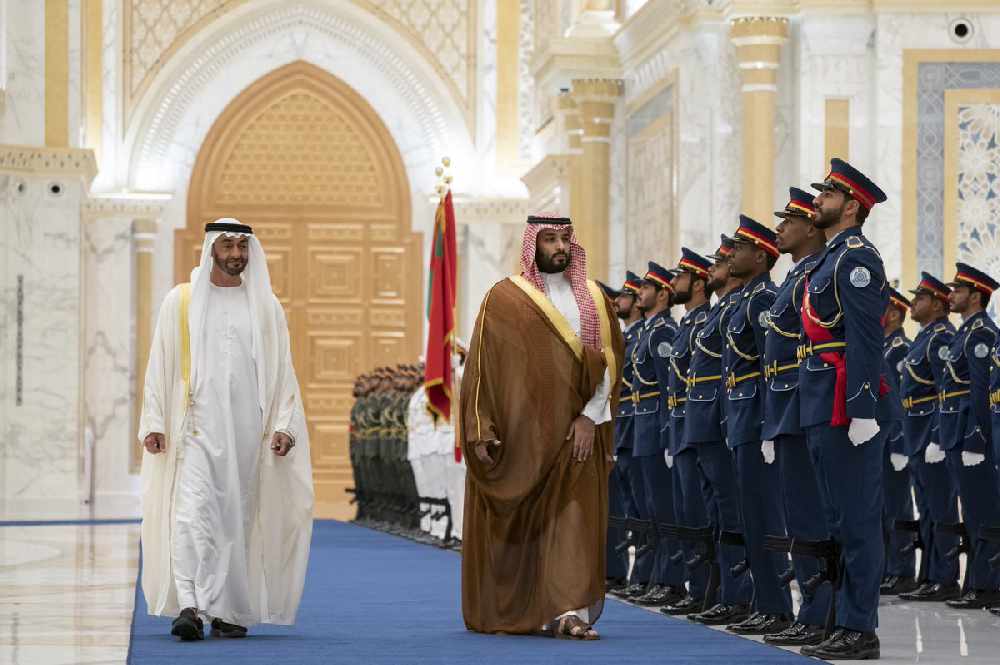 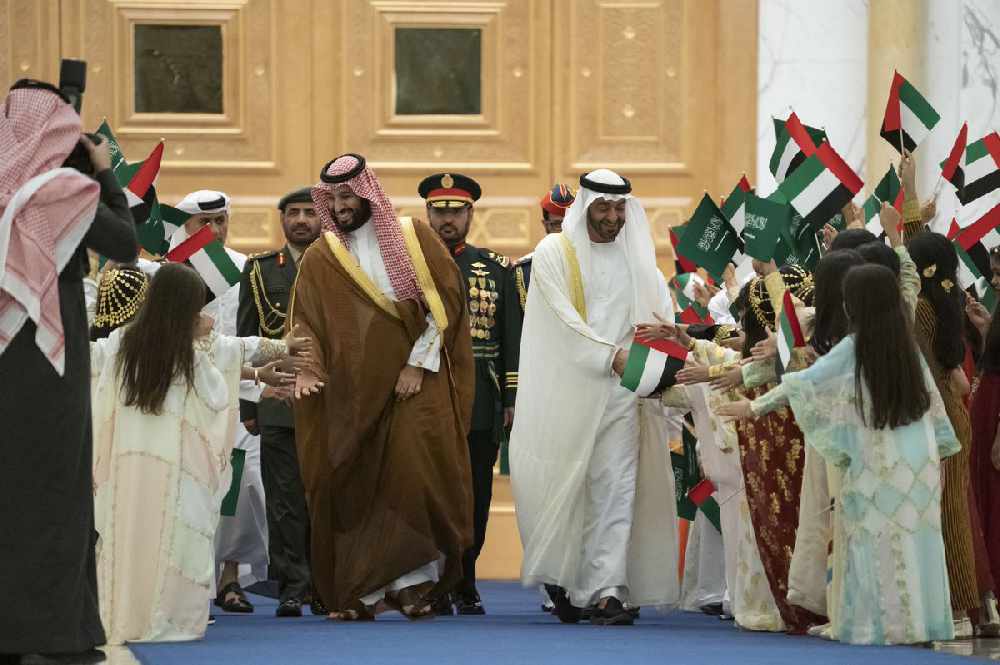 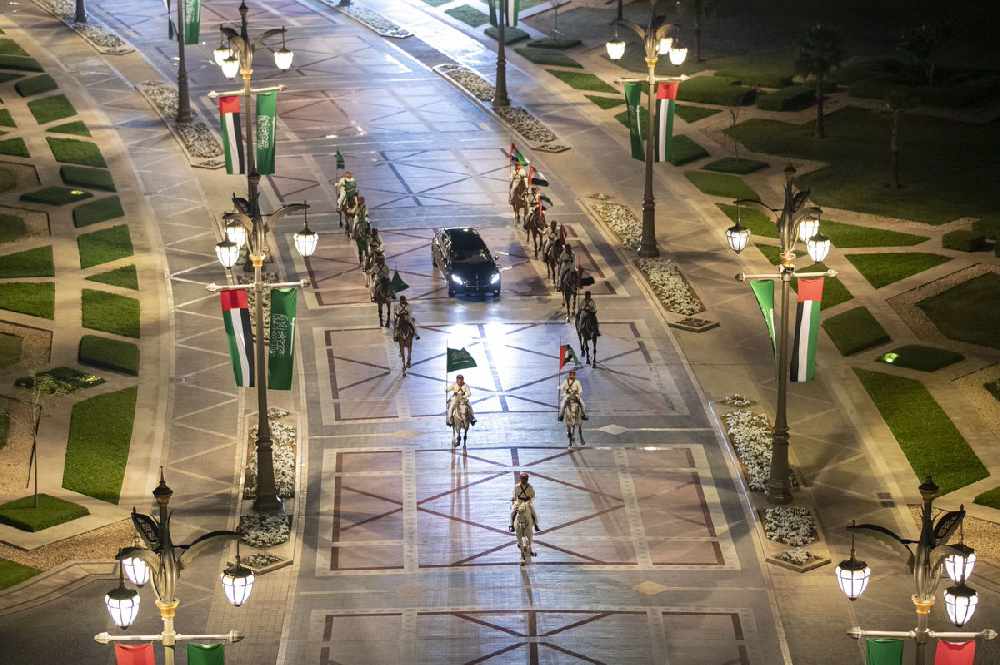 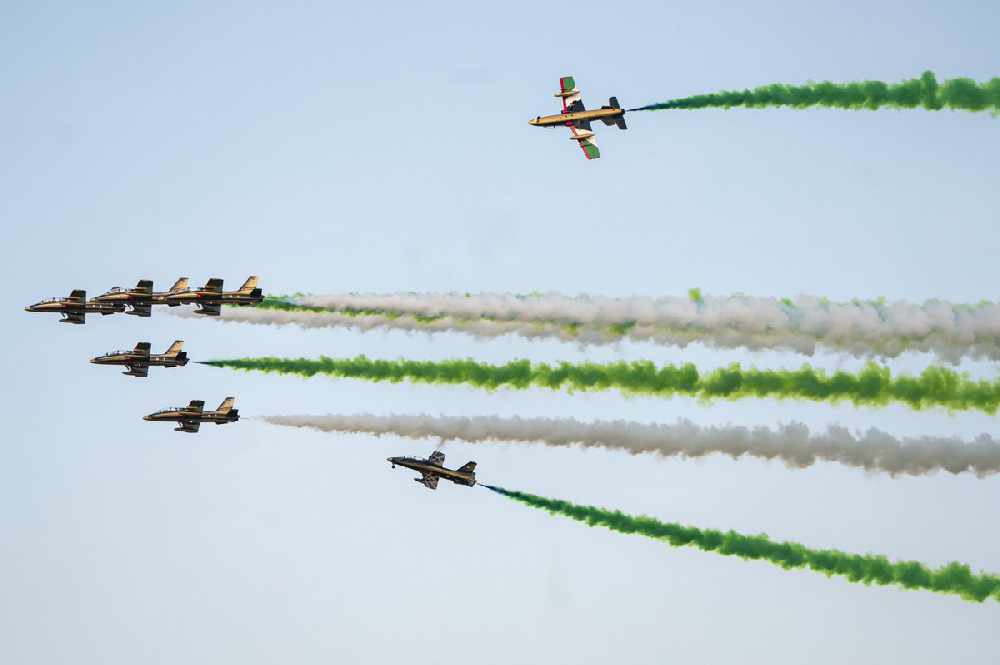 Meanwhile, the Burj Khalifa in Dubai lit up in the colours of the Saudi flag to mark the visit.