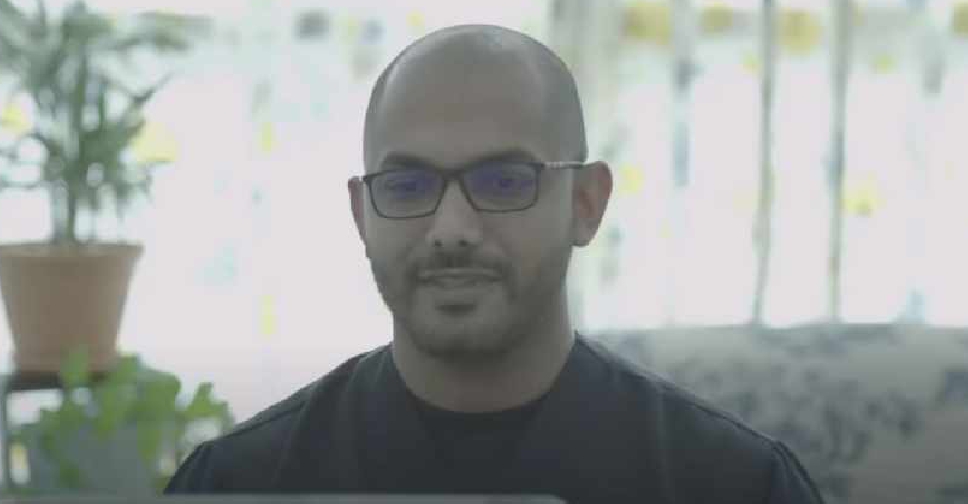 An Indian nurse who gave up his dream to migrate to Europe ten years ago says his decision to move to the UAE was proved right after being appreciated in person by the Crown Prince of Abu Dhabi for his role in fighting COVID-19.

Arun Pullikkottu Eapen, 34, had a video conference with His Highness Sheikh Mohamed bin Zayed Al Nahyan, Crown Prince of Abu Dhabi and Deputy Supreme Commander of the UAE Armed Forces, in the third episode of the Sheikh’s virtual majlis on 13th May.

Sheikh Mohamed thanked all the frontliners and the officials who are making the UAE safe.

"It was a blessing from God a once in a lifetime opportunity," Eapen told Emirates News Agency, WAM. "You don’t know when and how God’s blessings come. It is everyone’s dream to have a conversation or meet with His Highness Sheikh Mohamed."

"There are thousands of nurses in the UAE, still I got that opportunity. It was an honour to all frontline medical workers. I watched the video several times," added an elated Eapen.

Working as an acting nursing supervisor at Al Rahba Hospital in Abu Dhabi, which is under Abu Dhabi Health Services Company, SEHA, Eapen said he has become a "celebrity" among his colleagues, friends and fellow Indians in the Gulf and back home as the video of his conversation with Sheikh Mohamed has gone viral on social media.

He said the exciting experience proved his important decision ten years ago to move to the UAE, instead of Europe, was right.

"I was preparing for my IELTS [International English Language Testing System] exam to migrate to Europe while attending an interview for the position of a staff nurse conducted by SEHA in Chennai [South Indian City] ten years ago," he said.

"When selected for the position and asked to prepare for HAAD exam [qualifying test conducted by the then Health Authority-Abu Dhabi], I dropped my IELTS preparations and European dream forever," reminisced Eapen who is from Kottayam district in south Indian state of Kerala.

He focused on HAAD exam, because he was very much impressed by the SEHA officials who conducted the interview. "The experience during the interview gave me a gut feeling that I would have a bright future if I worked with them," Eapen explained.

After joining as a staff nurse at Al Rahba hospital and climbing ranks through charge nurse, clinical nurse coordinator, acting manager of emergency department and up to the acting nursing supervisor, he witnessed many of his colleagues leaving the UAE for Europe and other Western countries, reminding him about his old dream.

"Some colleague asked me, ‘Why don’t you go like that?’ But I did not have a second thought. I told them I would work here only and my next destination would be my own native place, not anywhere else," he affirmed.

"I felt the UAE as my second home. I have always been safe and secure here," added Eapen who lives in Abu Dhabi with his wife and two children - a six-year-old girl and a 3-year-old boy.

He said the e-meeting with Sheikh Mohamed reminded him of his blessed life in the UAE during the past ten years.

It all began with a surprise call from the Crown Prince’s Court, just two days before the scheduled video conference. "I was excited. When checked with my Chief Nursing Officer, he confirmed that I was nominated for that. It was a golden opportunity for a nurse," he explained.

"We all nurses felt that we are considered real heroes and I felt proud to be a nurse."

He said although he was a little bit nervous, Sheikh Mohamed’s "friendly and compassionate tone" put him at ease.

"Really it was touching. I never expected that he would be asking about my family. I felt he is a wonderful leader. How humble he is! His Highness is a role model for any other leader," Eapen said.

Now working at a designated COVID-19 hospital, Eapen is never concerned about the risks of taking care of patients.

"I have been trained as an emergency nurse, prepared to meet any sort of emergency. That is what I am meant for like a soldier is never afraid of war!" he explained.

"We are always exposed to infectious diseases. But we take enough precautions and follow standard protocol. We are prepared for anything that is our mindset.

"That’s why I never felt insecure or unsafe as an emergency nurse," he added.