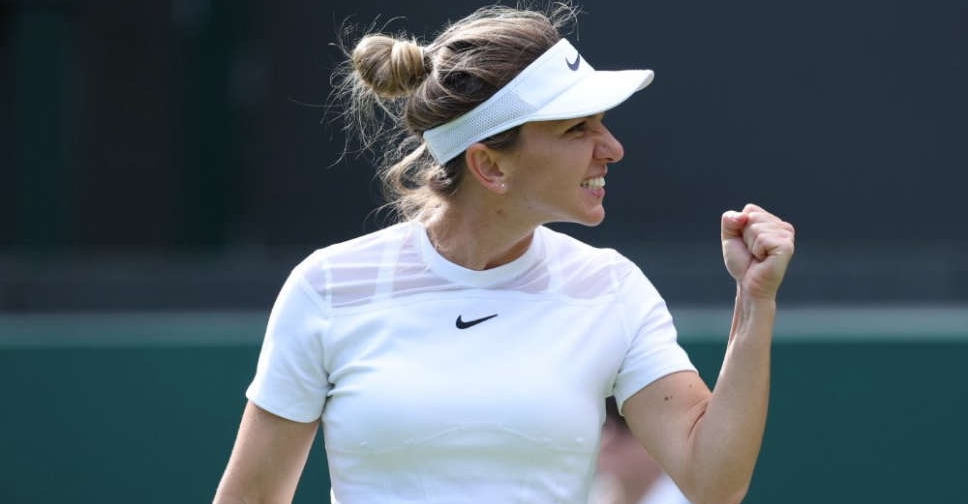 Former world number one Simona Halep returned to Wimbledon for the first time since winning the 2019 title and picked up exactly where she left off with an impressive win over Karolina Muchova.

The Romanian triumphed 6-3 6-2 against her Czech opponent, who is ranked 81st in the world.

The cancellation of the tournament in 2020 because of the COVID-19 pandemic and a calf injury last year meant the 30-year-old Halep never got to defend the Venus Rosewater Dish.

The Polish world number one had been tied with Venus Williams on 35 victories in a row.

American 11th seed Coco Gauff came back from one set down to beat Elena-Gabriela Ruse 2-6 6-3 7-5 in a 2-1/2 hour match on Court Two, while fourth seed Paula Badosa needed only 56 minutes to reach round two by beating American Louisa Chirico 6-2 6-1.

In the men's competition, Australian Nick Kyrgios sent down 30 aces and made 55 unforced errors against Briton Paul Jubb before reaching the second round with a 3-6 6-1 7-5 6-7(3) 7-5 victory.

Grigor Dimitrov, the 18th seed was forced to retire from his match with American Steve Johnson due to an apparent groin problem.

The Bulgarian won the opening set 6-4 but was trailing 2-5 in the second when he was unable to continue.