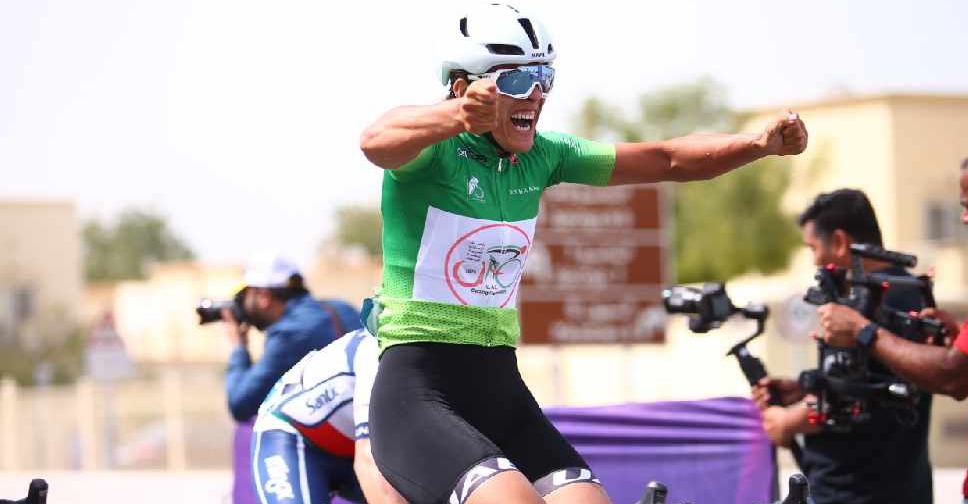 As expected, the flat 106.45 km Dubai Duty Free second stage came down to a sprint finish with Khaled powering past stage one winner Lucy van der Haar for a thrilling home victory.

Riders from the 17 international teams set off on the second stage from Dubai Festival City and then rode past Dragon Mart, Al Qudra Road, Studio City, before finishing at the Springs Souk.

“The plan was to keep all the teams under our control. So from the beginning, we started attacking, but just a fake attack to let the teams know that we were there,” said Team UAE’s coach Ibrahim Al Falamazri.

The win means Khaled will assume the overall leader’s red jersey heading into the third stage on Wednesday after also finishing on the podium in Monday's opening stage.

Minsk Cycling Club’s Hanna Tserakh from Belarus will assume the white jersey for the best young rider (under-23).

The four-stage event will head to the picturesque Hatta Mountains for tomorrow’s General Authority for Sports third stage.

The teams will start from Wadi Hatta Park and finish 90 km later at the Hatta Dam.