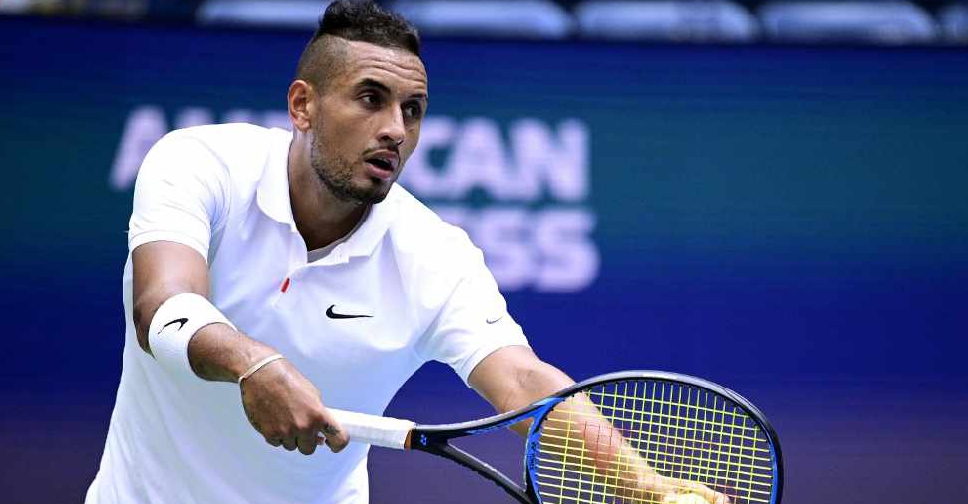 Australian Nick Kyrgios launched a dozen aces as he walloped Yoshito Nishioka 6-4 6-3 for his seventh career singles title at the Citi Open on Sunday in Washington, D.C, keeping his stellar year on track.

Kyrgios showed no signs of rust after reaching his first major final at Wimbledon last month, breaking his Japanese opponent's serve in the opening games of the first and second sets.

He again broke Nishioka to win the match, after winning more than three-quarters of his own service points.

It was his first singles title since winning the Washington hard court tournament three years ago; he has showed a new level of play in 2022 after years of battling mental demons.

Earlier in the tournament he saved five match points and outlasted American Frances Tiafoe to reach the semi-final round.

"It’s very emotional for me. To see where I was at last year to now it’s just an incredible transformation," he said. "I’ve shown some serious strength to just persevere and continue and get through all those times and to still be able to perform."

Kyrgios is King in DC 🏆👑@NickKyrgios becomes a #CitiOpen champion for the second time as he defeats Nishioka 6-4, 6-3 to take the title! pic.twitter.com/XCGLRNogZb