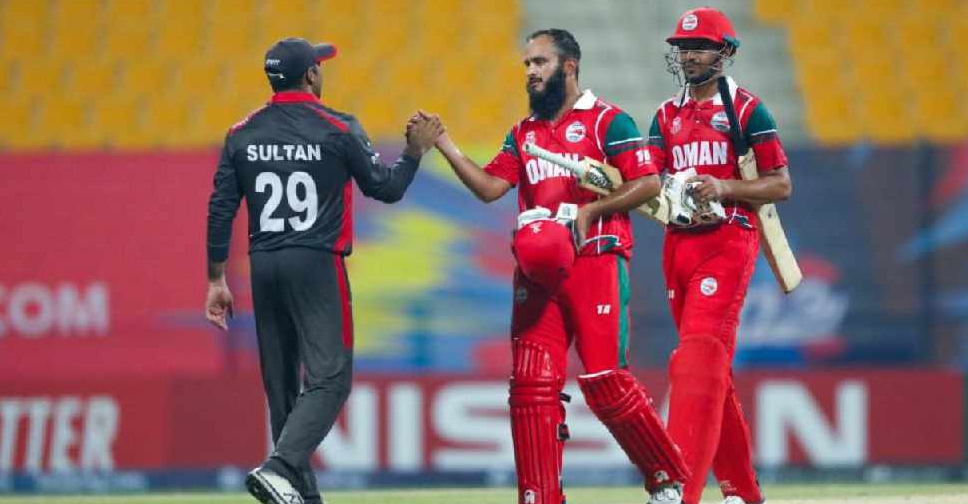 The UAE cricketers suffered a seven-wicket defeat at the hands of local rivals Oman in a Group B match at the T20 World Cup qualifiers.

Winning the toss, Oman opted to bowl and restricted the UAE team to only 108 - 9 in their 20 overs.

In response, Oman reached their target losing only three wickets in the process and ending the match with 10 balls to spare.

In the other Group B match, hotly-favoured Ireland easily saw off Hong Kong, beating them by eight wickets and passing their total of 153 for 5 to reach 155 for 2, with 16 balls to spare.

The Group A games, in Dubai saw the closest result of the day, with Singapore besting another tournament hot tip, Scotland, by 2 runs.

Singapore set a target of 166, for the loss of six wickets. The Scots were in contention until the last ball, losing two wickets in the last over, for a total of 166 for nine wickets.

In the other Group A game, Netherlands set their Kenyan opponents a target of 166, reached for the loss of four wickets.