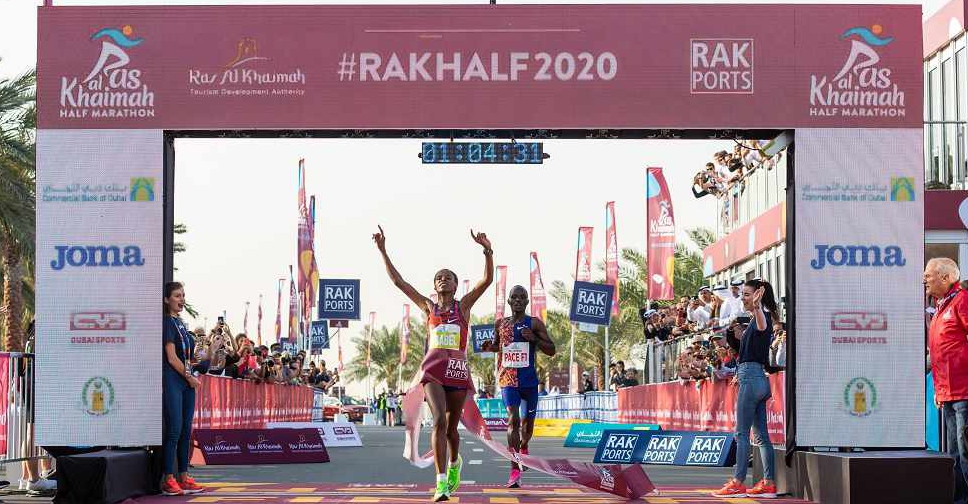 Ababel Yeshaneh from Ethiopia became the fastest woman in history after winning the 2020 Ras Al Khaimah Half Marathon.

She smashed the world record in the women's race with a time of 64:31 over 21.0975KM, smashing the previous record by 20 seconds and outdoing her previous personal best by over a minute.

Brigid Kosgei came in second place with a time of 64:49, beating her personal best by 39 seconds as well as the old world record.

Kenya’s Rosemary Monicah took third place with a time of 65:34, a world record for a debut.

It's Ababel Yeshaneh second win in the UAE, after winning the 2018 ADNOC Abu Dhabi Marathon.

The Men's race was won by Kibiwott Kandie from Kenya with a time of 58:58, beating his personal best by 34 seconds.

In the fourteen years the Ras Al Khaimah Half Marathon has been running, 2020 saw its largest ever turn-out with 5,200 runners competing across various categories, including full half marathon, a relay, 5 km and a 1 km fun run.