2 charged after death of 51 migrants in Texas truck 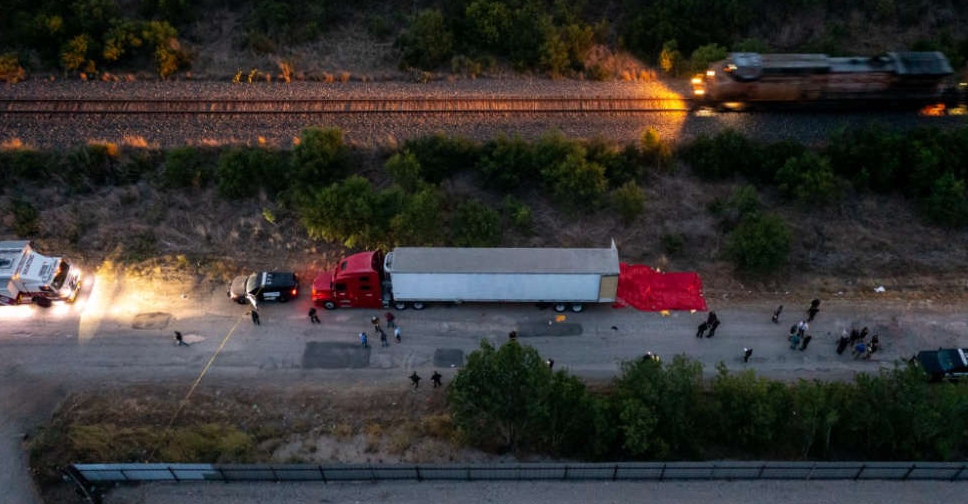 At least 51 migrants have died after being trapped inside a sweltering tractor-trailer truck found abandoned in Texas, authorities said on Tuesday, as two Mexicans tied to the unprecedented smuggling tragedy were charged in US federal court.

The deceased migrants, most of them citizens of Mexico, were discovered on Monday in an industrial area on the outskirts of San Antonio, Texas, about 250 km north of the US-Mexico border.

The incident marked the greatest loss of life on record from a human trafficking attempt in the United States, according to Craig Larrabee, an acting special agent in charge with the investigative arm of US Immigration and Customs Enforcement (ICE).

Local authorities described finding the rear door to the trailer open with "stacks of bodies" inside, while others were strewn collapsed nearby. Some of the victims were hot to the touch, they said.

Two suspects identified as Juan Francisco D'Luna-Bilbao and Juan Claudio D'Luna-Mendez, both Mexican citizens, have been charged with possessing firearms while residing in the United States illegally, according to court documents and US authorities.

Investigators traced the truck's vehicle registration to a San Antonio address that they placed under surveillance, and arrested the two men separately when each was seen leaving the residence.

A third suspect, described as a US citizen who drove the truck, has also been taken into custody and was expected to be charged, but he remained hospitalised as of Tuesday evening, according to a Mexican official.

The truck had been left parked beside some railroad tracks as temperatures soared as high as 39.4 Celsius. Local authorities said there were no signs of water or visible means of air-conditioning inside the truck.

"It's unspeakable," San Antonio Mayor Ron Nirenberg said on MSNBC, noting that his community depends on migrants in the midst of a labour shortage. "It's a tragedy beyond explanation."

US President Joe Biden, in a statement Tuesday, called the incident "horrifying and heartbreaking".

"Exploiting vulnerable individuals for profit is shameful," Biden said, vowing to crack down on multibillion-dollar criminal smuggling enterprises that have helped fuel a record number of migrant crossings at the US-Mexico border since he took office in January 2021.