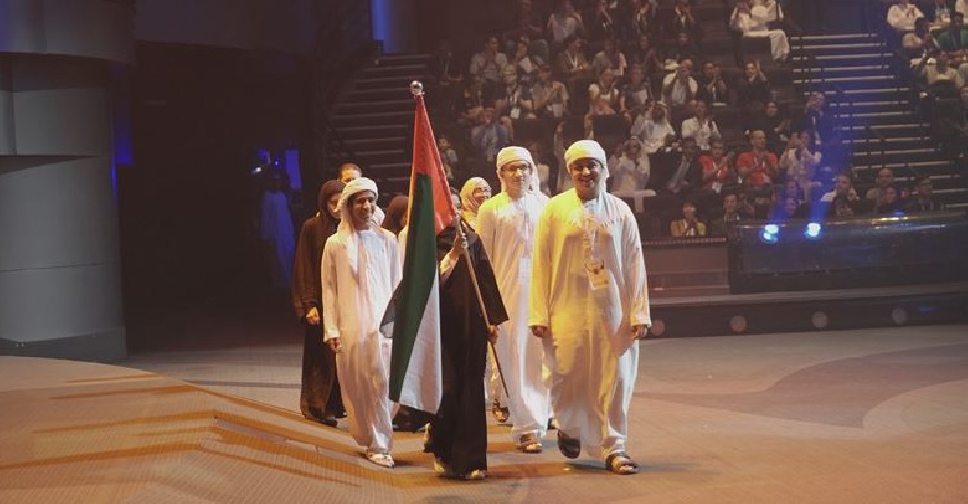 Team UAE is off to a flying start at the FIRST Global Challenge 2019 in Dubai, claiming three wins from three matches.

On day one, 141 of the total 284 qualifying-round matches were played.

Each team is tasked with assembling a robot that can address various issues identified by specialised international academic institutions.

Meanwhile, Team China has taken an early lead in the overall ranking table.

Part of the @FirstGlobalDxb competition, being held in #Dubai for the first time outside the Americas. The competition brings together more than 1,500 youth from over 190 countries to collaborate, create and compete for a better future.#FGCDubai2019 pic.twitter.com/aRTVIqW61F

Inaugurated by His Highness Sheikh Hamdan bin Mohammed bin Rashid Al Maktoum, Crown Prince of Dubai, and organised by the Dubai Future Foundation, the FIRST Global Challenge 2019 in Dubai has drawn the participation of 1,500 students aged 14-18 from 191 countries.

From October 24 to 27, the teams are competing in leveraging robotics and artificial intelligence applications to develop innovative solutions to the world’s challenges.

This year's edition of the international challenge focuses on protecting the oceans.